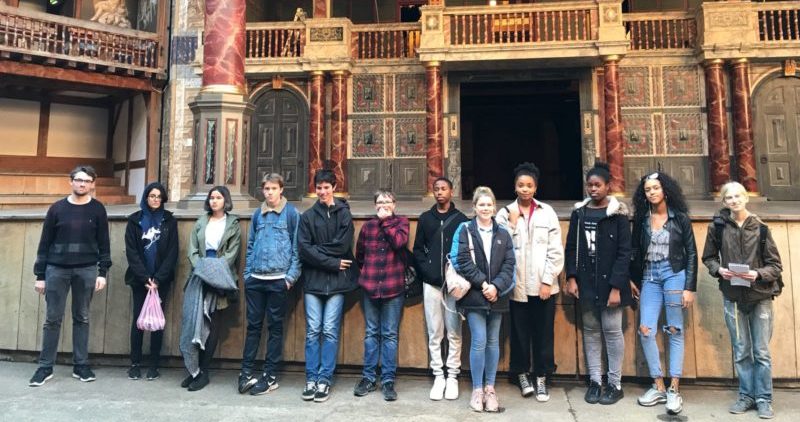 Over the last two months, Chocolate Films and Jacksons Lane have been working with a group of young people to delve into the mysteries and tales of Elizabethan theatre, with filming taking place at Alexandra Palace. The Heritage Horror Show – a Creative Heritage project is funded by the Heritage Lottery Fund.

Today we began our Heritage Horror Project at Jackson’s Lane Theatre. We began by introducing ourselves to one another and saying a little bit about our experience within the film making industry and what we are most looking forward to in this project. We discovered that we will have a huge range of talent on board this project! We learned that our film will be based on Doctor Faustus which is an Elizabethan tragedy by Christopher Marlowe.

We were then introduced to Eleanor our acting coach. She ran a session on Elizabethan acting styles and we learnt how to be dramatic – but not over the top – and we even played the classic “zip, zap, boing” game with cool Shakespearean words instead!

Our last session of the day was a presentation by Marine from Alexandra Palace. She taught us all about the history of the palace which covered everything from the fire that destroyed the first palace to the use of the palace by the BBC. This gave us a good idea about the place we will use as our films location.

Today we met at Jackson’s Lane Theatre and started by being asked to write any words or phrases that we associate with the horror genre on post-it notes. Lots of people associated horror with blood, suspense, monsters and even little children! We then got into groups and created mind-maps of the horror genre with Lisa and George which helped us think about what we could include in our film. To help us with our horror research, we watched a clip from Jekyll and Hyde and the epic “Thriller” video by Michael Jackson.

A specialist in costumes called Laura gave a presentation on Elizabethan costumes and props. We learned that young boys would dress up as women in plays because women were not allowed to act and that the make-up used was actually poisonous! We also learned that the stage set up and props were very basic as it was up to the actors to “set the scene”.

We were then put into groups and given cards on different topics – Elizabethan Theatre, The Admiral’s Men acting troupe and the play “Doctor Faustus”. We discussed these facts and then told the rest of the team about what we had learned.

George then ran a session on camera handling using Chocolate Films’ professional equipment. He showed us the Canon cameras and the different lenses. He told us what each lens would be used for and showed us how to safely handle the equipment like how to put the lenses on and how to change the settings. We also learned how to attach the camera to the tripod. George then showed us how to use the audio equipment. In our groups, we used the tripods, cameras and audio equipment to create a quick 5 minute improvised scene based on our research. There was a director, a cameraperson, a sound person and actors.

We finished the day by watching some funny Horrible Histories clips as an example of entertaining historical documentaries.

Today we met at Jackson’s Lane Theatre for an acting session with Eleanor and learned about Shakespeare’s use of iambic pentameters and how to speak in that way. We then looked at the staging of the witches’ scene from “Macbeth” and in groups we practised the scene by speaking in the way of the iambic pentameter, this was hard as it is very different to how we usually speak!

We then left and met actor Declan McHugh at Blackfriars station to begin a guided “Shakespeare in the City” walk. Declan explained about all the different places Shakespeare lived and even showed us the church he prayed in! We also saw “The Seven Ages of Man” sculpture which is located at the front courtyard or the Baynard House in Blackfriars. The sculpture is a tribute to Shakespeare by Richard Kindersley. It’s like a totem pole and starts with a baby and goes through 6 more stages of life, ending in death. On the tour we learnt interesting facts about Shakespeare’s life like how he was rich and owned parts of the theatres and how some of his love poems were actually for men. We were given information on Shakespeare’s wife Anne Hathaway and their 3 children – 1 of which died aged 11 (Hamnet) and another whose marriage was in bits and led a tragic life losing all 3 of her children (Judith). The tour was tiring but interesting!

Friday we started with a tour around the Globe theatre. Our tour leader was an actor with in-depth knowledge of the theatre and its history. He was able to show us incredibly specific details whilst showing us around the Globe. We were able to walk around the groundling space and sit on different seating levels. After this we walked around to the space and began working to understand the characters in Macbeth. We did some exercises in characterisation;learning to change how we walked and talked and interacted with others based on character and power. After this (and a quick lunch break by the river) we did a sword fighting workshop where we learned how to fight with daggers and swords on stage as well as slamming heads on floors (safely… of course). The final workshop was creating a soundscape with text from Macbeth and Dr Faustus in two groups. We ended this as whole group using Dr Faustus to create a piece.  After leaving the Globe we spent a little while taking pictures of historically relevant parts of London. 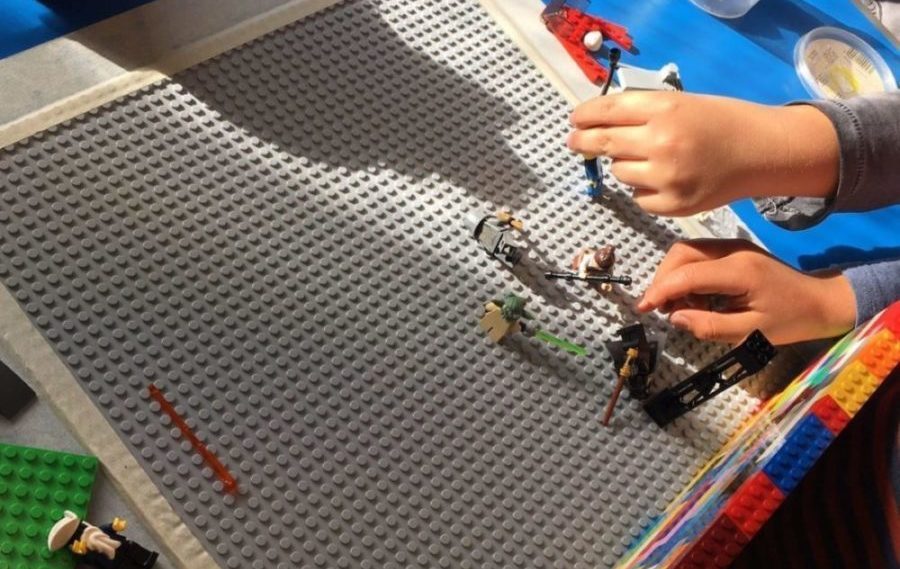