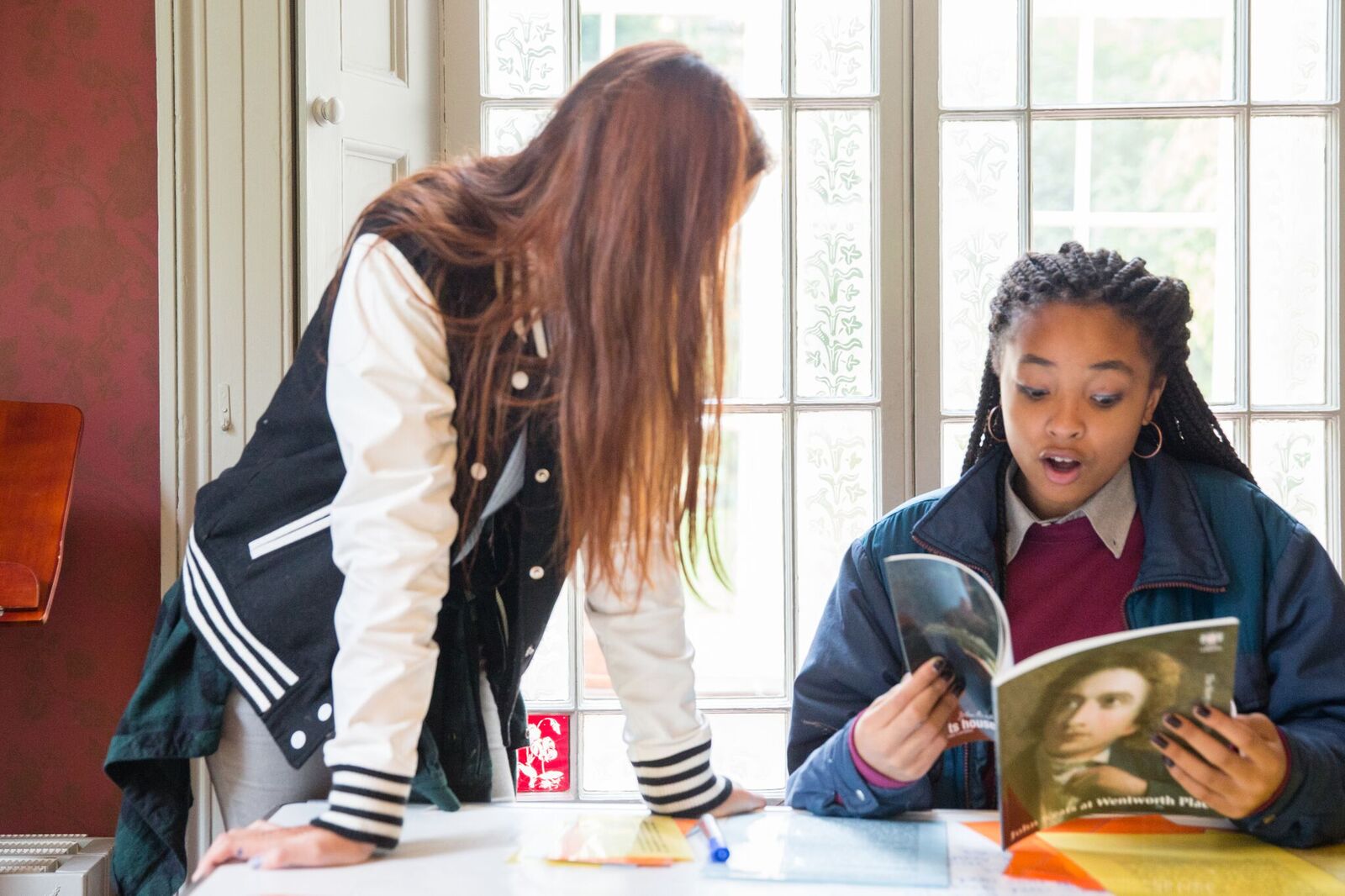 We have been on a great filmmaking workshop adventure this autumn with young people at Keats House. Together, Keats House, Jacksons Lane and Chocolate Films worked with 9 young people over 5 days to find out everything there is to know about the life of John Keats in order for the crew to make a brilliant new film about the Hampstead house’s namesake. Here, Chocolate Films facilitators tell us about the project.

“Myself (Harriet) and Nathaniel facilitated a week long filmmaking workshop at Keats House. Our brief was to create a film to attract a younger audience into the museum and to spread awareness of Keats’ life and work online. The group of young people we worked with embraced the challenge and after a tour of the Museum with wonderful Keats enthusiast and Education Officer Linda, the young people started to brainstorm the angle our film could take. The group decided to tell Keats’ story through his eyes, with the idea that the viewer would see what he saw, and through this – they would be taken on a tour through the house where ghosts that would have been there in his time, come back to life. From knowing very little or nothing about Keats when they arrived, they finished the workshop knowing his story very well, and we are really impressed with the outcome!”

Sounds great doesn’t it!  Congratulations to everyone involved, the film is sure to be a hit. Here a few words from the young people involved:

“I edited the piece of footage that we had filmed yesterday with my group that I was put in; it was fun.”- Robyn

“I want to mention how nice the staff as Keats House and at Chocolate Films are and I want to thank everyone who helped.”- Jaime

What did you most enjoy?

“I enjoyed the facts I learnt during this experience and the people I have made friends with.”- Robyn

What do you think they said when we asked, would you like to make another film in the future?

Get behind the scenes with the wonderful photographs of Tracey Anderson 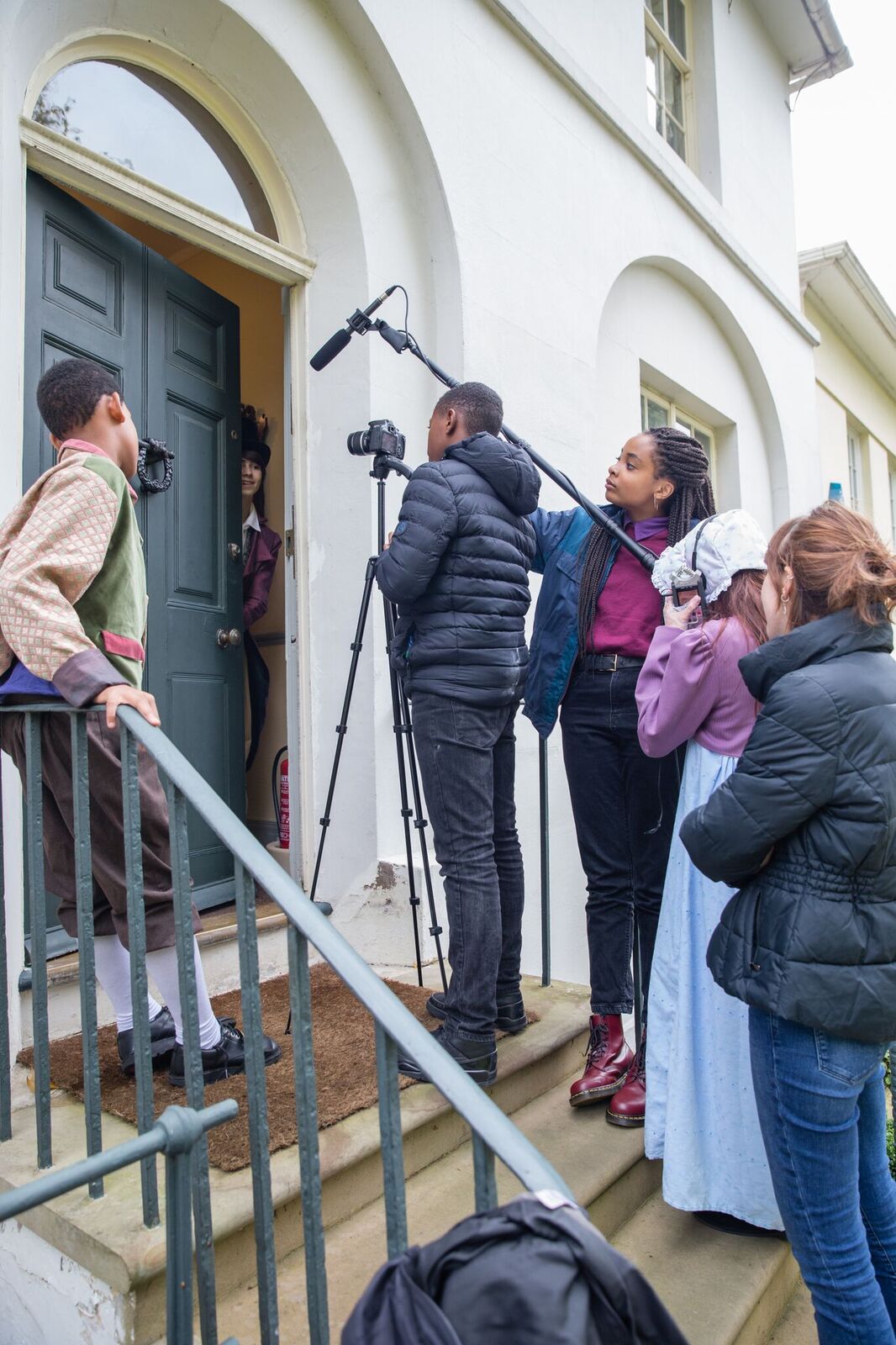 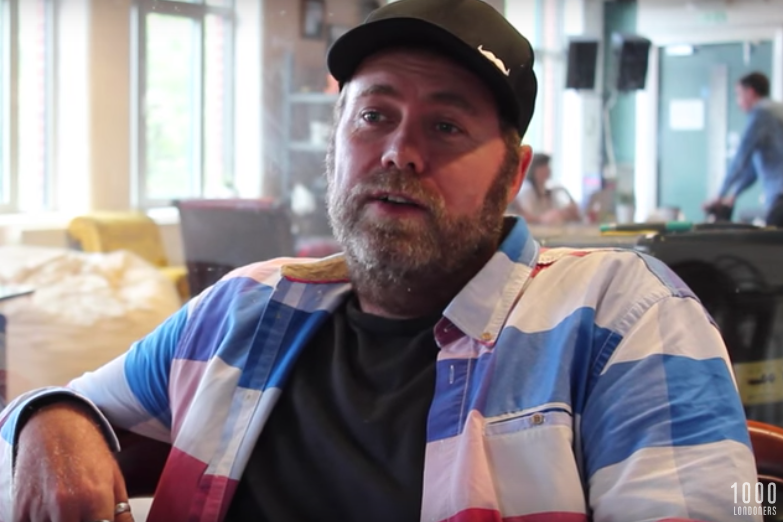