The making of the “User” film

I worked on the YATI film course a few months ago with 10 amazing people, creating a short film about the dangers of social media. In writing and directing the film, and working with so many people at once in different roles, a lot of things stuck with me.

Because I am a writer I enjoyed the freedom of being able to create a script in my own time then bringing it back and sharing it with the group. The existence of a deadline really helps me to focus so that I can produce lots of work in a short time. It felt rewarding as well, because I got to watch as the story I wrote slowly came to life. I look forward to having the same experience in the future, with hopefully different kinds of characters, new actors, more interesting stories and longer runtimes.

Because I was directing the film, I had to make a lot of choices with the help of everyone else that would decide the fate of our film with no room for regrets. This was a great experience for me, because it allowed me to think on my feet, and I realised I was good at thinking in the moment, because when you’re under pressure and duress, you can sometimes be more innovative. You’re forced to think outside the box and that really helped me.

I enjoyed the experience of directing actors because they all brought something different to the table.  The next time I direct a short film, I think I’ll try to give actors more rehearsal time and more succinct feedback on their performances so that I can let them learn quicker. 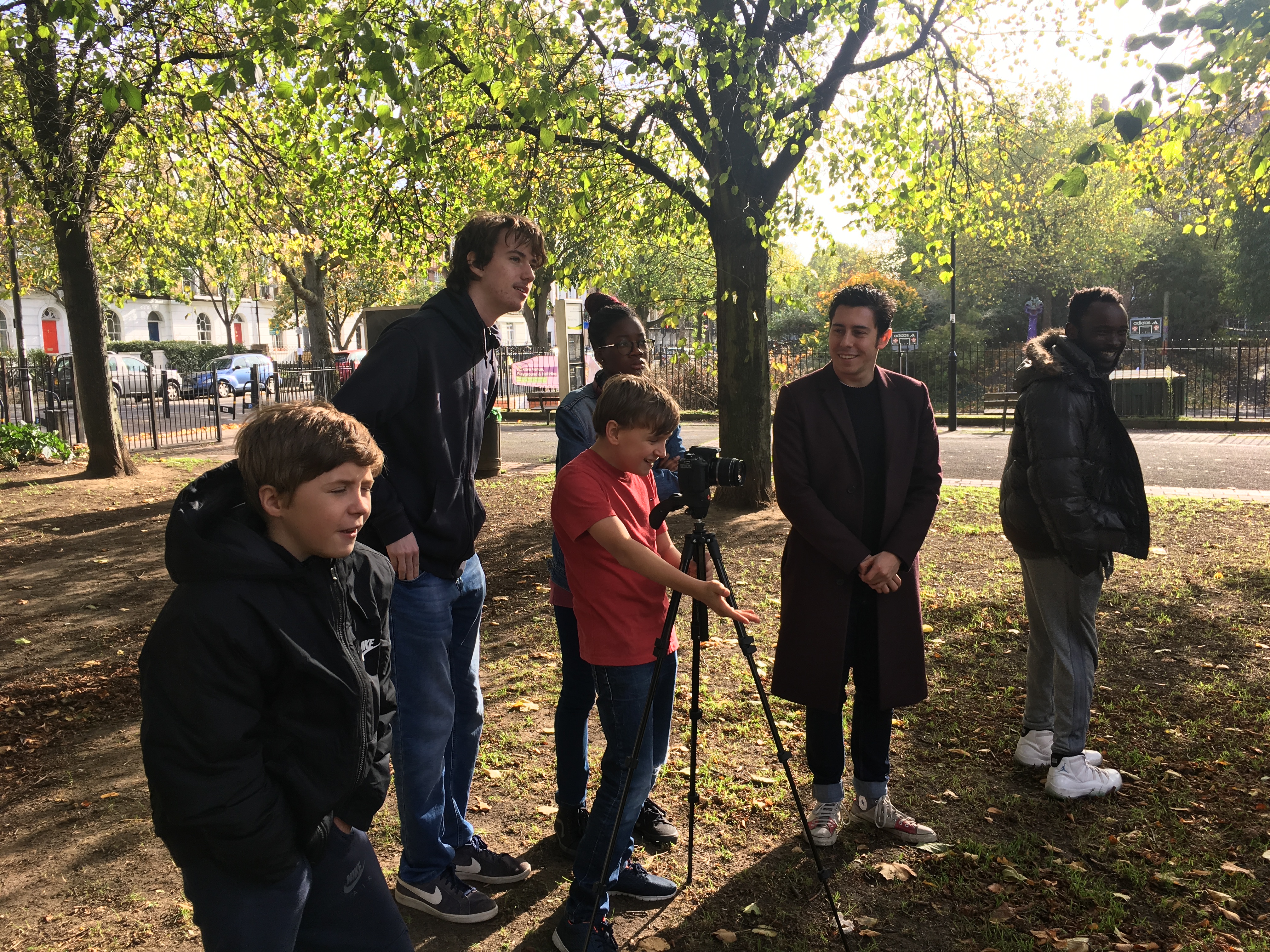 I learned a few things from the professional filmmakers at Chocolate Films who worked on the project. Firstly, they taught us to shoot as much coverage as possible, so that if we made some kind of mistake in a shot then we could remedy it through editing. They guided us through blocking each scene (the positions the cameras would be in relation to the actor) and the angles we were planning on having the cameras face. They taught us about storyboarding and logistical planning. They also taught us the importance of time management, working out in advance exactly the things we would need to do in each session in case one thing wouldn’t be available on a certain day, and so that we could finish our film before the deadline. This included the speed in which we would set up equipment before recording, and some other practical elements.

As an actor, Derek helped me by giving feedback on the script. This was extremely useful because some problems were found that I didn’t see before, and I ended up deleting whole scenes from the script. Derek also helped by giving us a lot of control over the filmmaking. In sometimes standing back he made it so that we were able to develop some independence skills, and we could learn to carry the responsibility of making a film on our own shoulders, preparing ourselves for any future independent filmmaking ventures where we would be the ones in charge.

In going through the entire filmmaking process, it showed us what it looked like to have problems in our way. By far the biggest problem we encountered was having limited shooting hours, so we had to frantically prioritise different scenes over others, taking into account actors that hadn’t shown up for that day, etc…

Another problem I encountered was earlier on, when I drafted my first script. I was told I had to cut some things, and most of the script had to be rewritten on the basis that we couldn’t find time to organise the locations I had included. I had to rethink the entire story using simpler locations, less cast, and less time than I thought I had. This taught me to heavily consider my budgetary restrictions before I start writing, and I have since practised that combination of wild creativity and logical planning. It also taught me how to cut the script, and rewrite whilst preserving the most important part of the story. In our case, it was the idea of a teenager enwrapped in social media trying to make the attempt to escape, only to realise that she couldn’t, because the power it held in society was too vast to let her go. We were able to keep that idea unchanged as our foundation for the story, which is why I look back and I’m glad I participated in the YATI film course. I’m eager to try new filmmaking opportunities that come from YATI, and it has boosted my ambition to create films independently as well.

Dylan – YATI participant and Writer and Director of “User” 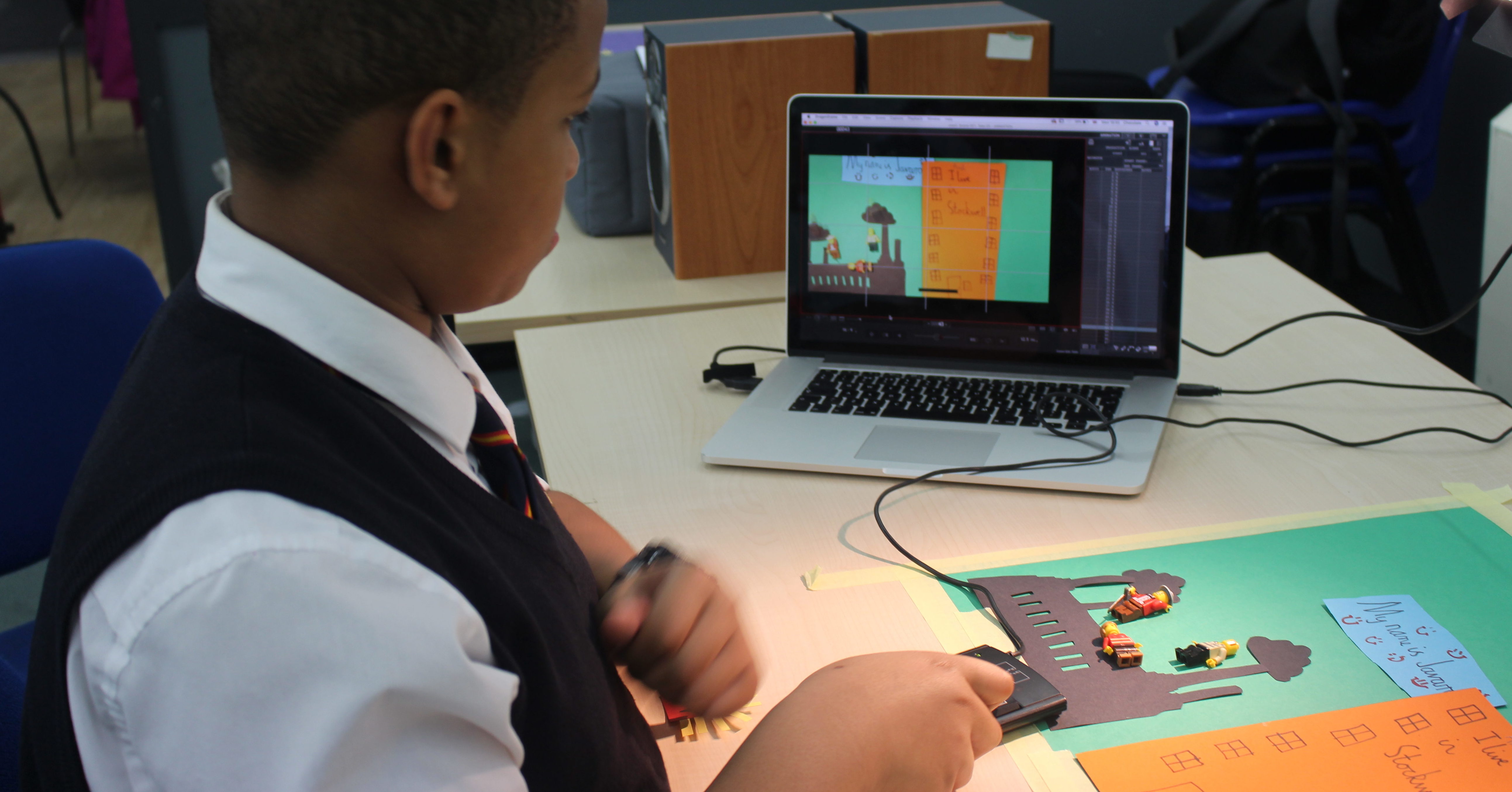