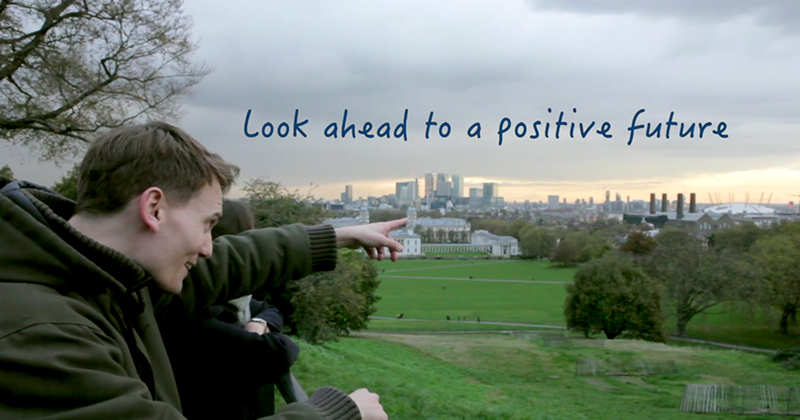 Chocolate Films has developed a unique 3 year programme of filmmaking training, video skills, mentoring and careers development advice. The programme is exclusively offered to adults that have overcome issues of drugs and alcohol misuse living and working in the borough of Greenwich. Participants meet on a weekly basis and learn practical skills in filmmaking. They work as a team filming documentaries and short film web content for local charities. This is a free workshop and the training has AQA accreditation attached. 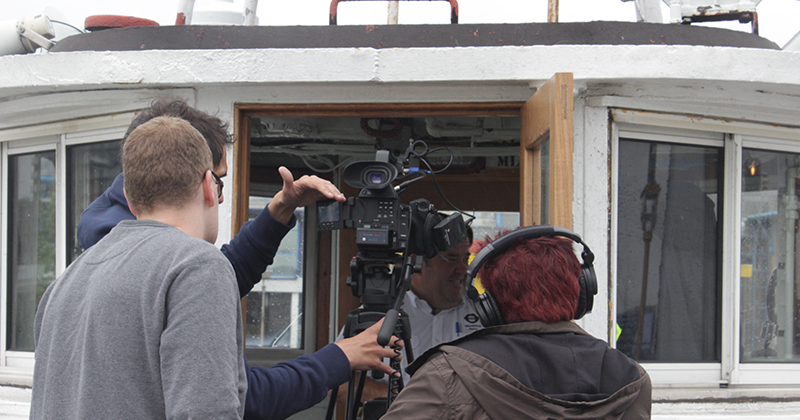 Chocolate Films is a social enterprise and therefore passionate about offering video skills to individuals to enable them to be independent and create their own sustainable business using video. When in discussions about how to support people in treatment for drugs and alcohol misuse, we wanted to develop a structure that would offer viable and exciting alternative solutions to people seeking employment opportunities and this programme was born out of these objectives. 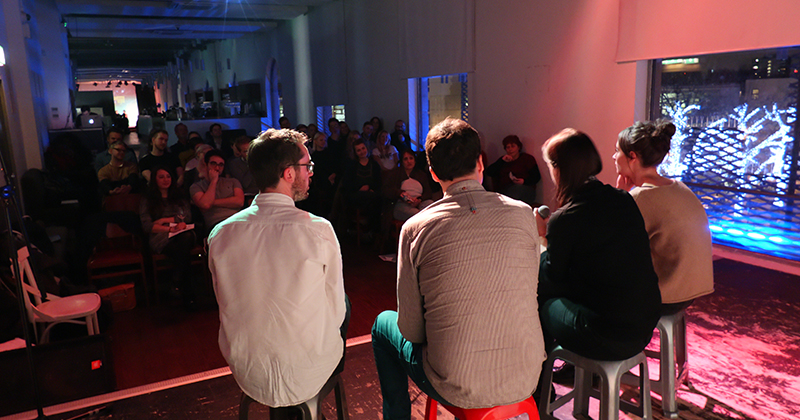 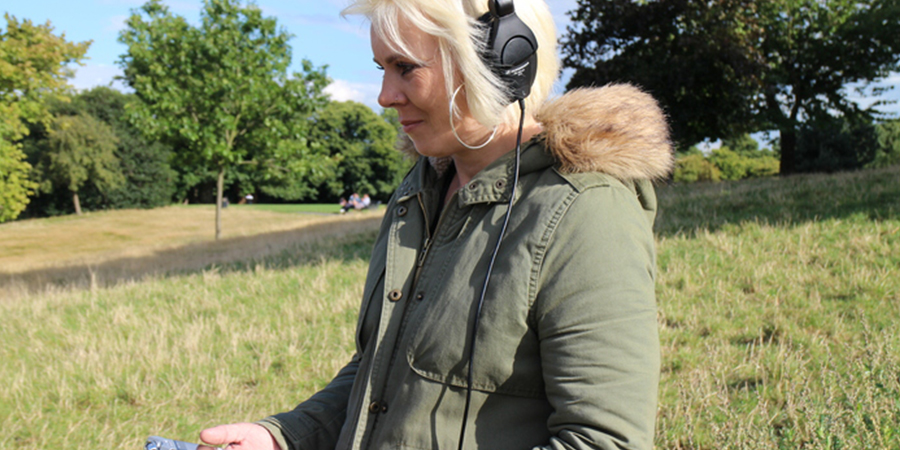 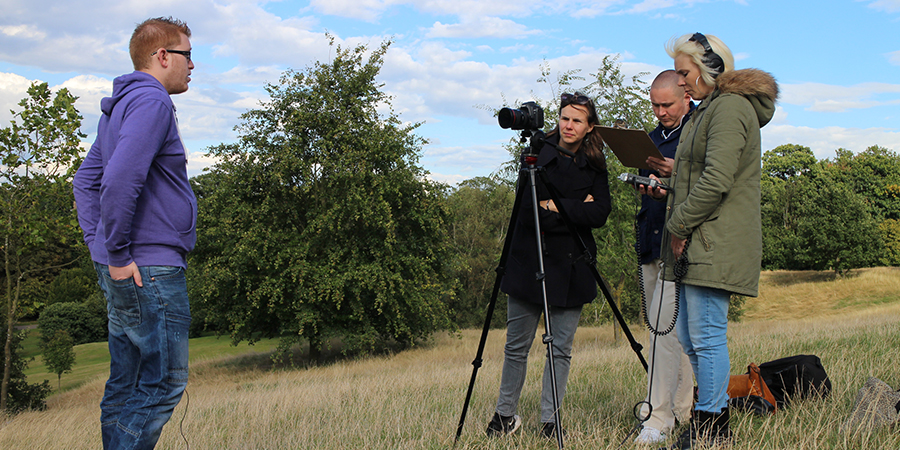 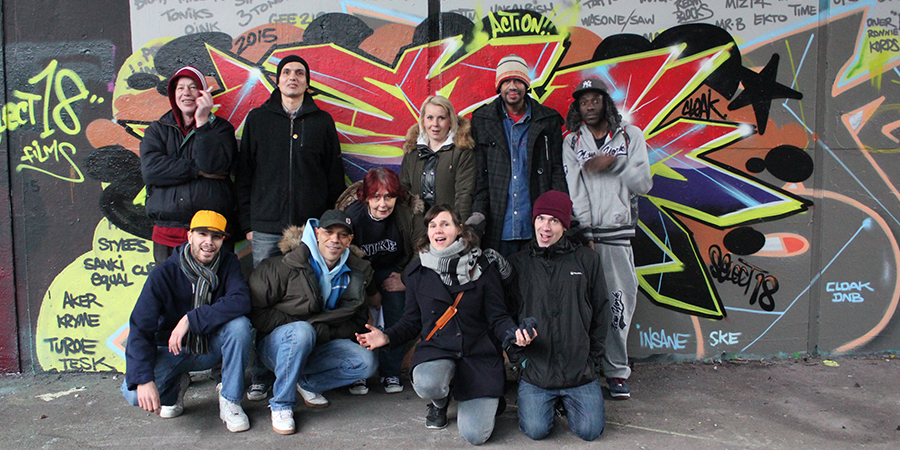 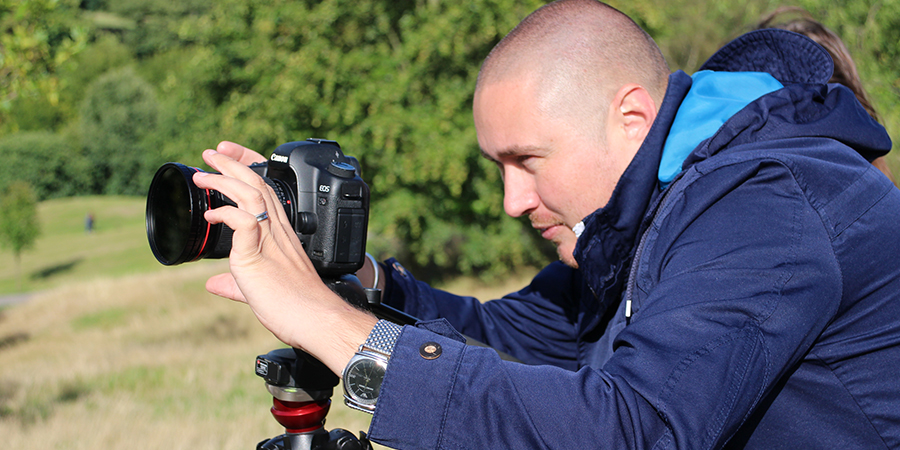 Young people have become Chocolate Films Young Ambassadors and created a dedicated website for the project and are designing an exhibition to showcase their creative work over the programme’s life. The films made by young people together with images and footage found as part of the project will all be available for a wider audience to engage with and enjoy on the website in March 2016.

In this film, Jay talks openly about his battle with drug addiction and the important role Supermoto has played on his road to recovery. 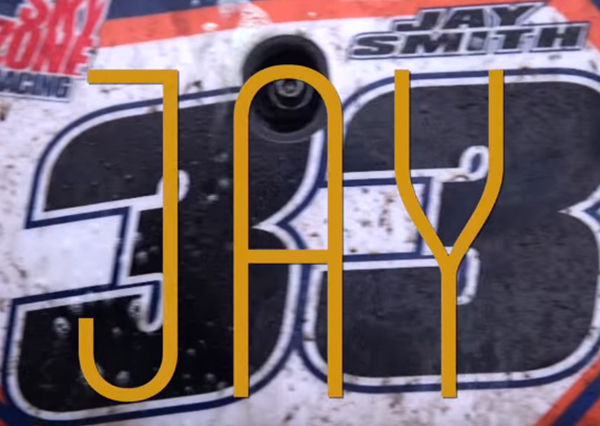 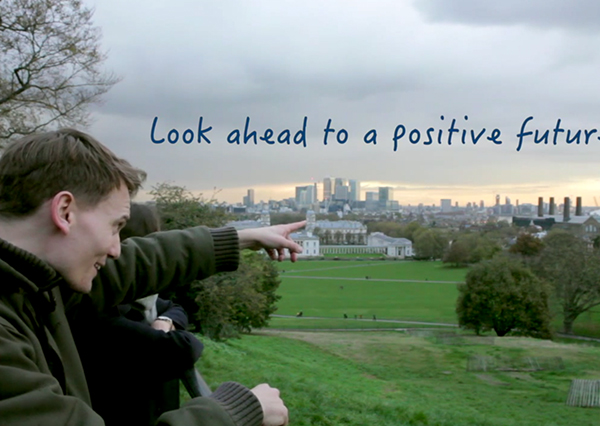 This information film was produced by SElect18 Films with guidance from facilitators from Chocolate Films over 12 weekly sessions of 4hours. The film is a response to a live brief by CRI Aspire, to be displayed in their waiting room. The film promotes the great work that CRI Aspire do to help people to recover from substance abuse.

SElect18 Films is a collective of filmmakers who are transitioning out of treatment for drugs and alcohol misuse. The collective was set up by Chocolate Films in 2014 with funding from Royal Borough of Greenwich Drugs, Alcohol and Mental Health Integrated Commission.

Anthony is a resourceful young man who has had many problems to overcome in his past. 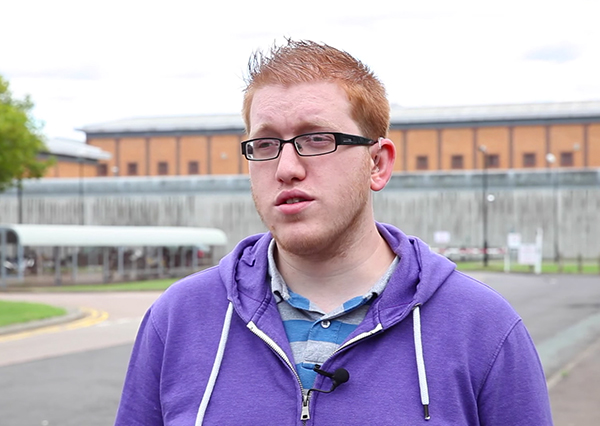 Client: The Royal Borough of Greenwich

Anthony is a resourceful young man who has had many problems to overcome in his past. After finding himself in a bad situation, Anthony decides to take a new direction in his life. We follow Anthony on a journey through his past, pausing to reflect at locations in Greenwich important to his story.

This film was produced by SElect18 Films, a social enterprise, consisting of adults overcoming substance abuse, funded by The Royal Borough of Greenwich Drugs, Alcohol & Mental Health Integrated Commission, under the guidance of professional filmmakers from Chocolate Films. The film was written, shot and edited in 5 half day workshops.

This is a promotional film for ‘Good Food in Greenwich’ for GCDA, created by Select18 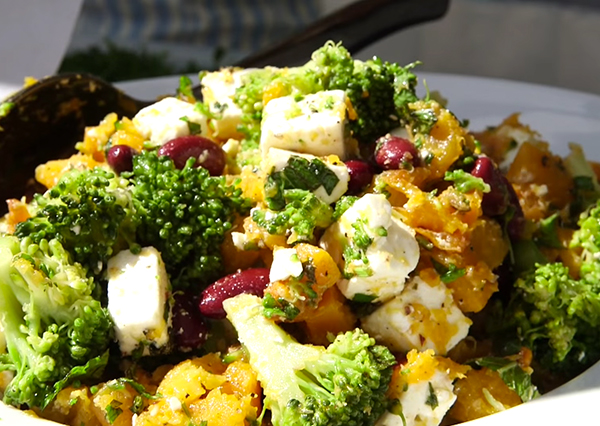 This is a promotional film for ‘Good Food in Greenwich’ for GCDA, created by Select18, with help from Chocolate Films filmmakers. The festival celebrates food growing, healthy eating, cooking skills and the colourful variety of food businesses available in the borough.

SElect18 Films is a collective of filmmakers in training who are transitioning out of treatment for drugs and alcohol misuse. The collective was set up by Chocolate Films in 2014 with funding from Royal Borough of Greenwich Drugs, Alcohol and Mental Health Integrated Commission.

MADE IN GREENWICH ADVERT

This is a promotional film made by members of SElect18 Films and was devised and edited over six, 4-hour weekly sessions 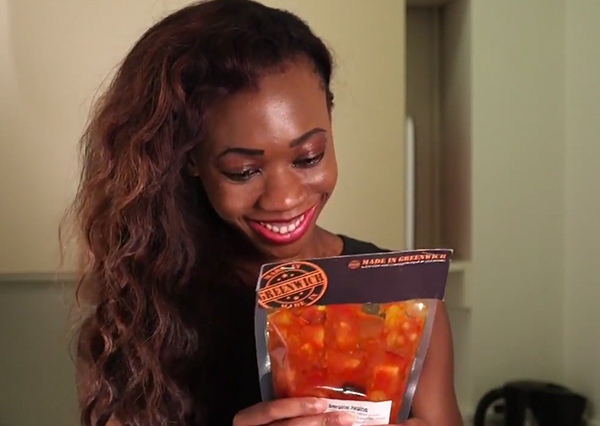 Made in Greenwich Advert

Client: Made in Greenwich

This is a promotional film made by members of SElect18 Films was devised and edited over Six, 4-hour weekly sessions with a full day shoot on location in Stockwell.

The film is designed to promote the social enterprise Made in Greenwich, a food production social enterprise which supports people who have been out of work due to ill health or drug and alcohol dependency. As the film describes they create delicious, fresh meals that can “Make Your Day”.

David is the Captain of the only free ferry service in London – the Woolwich Ferry. This film was made for the 1000 Londoners project. 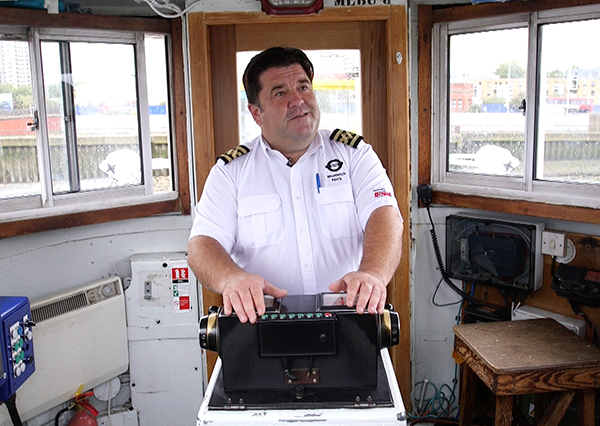 David is the Captain of the only free ferry service in London – the Woolwich Ferry. Despite making the same short journey, from the north to the south of the river thames and back again, he never gets bored as “no two journeys are the same”. David is from a family of people who have worked on the Thames and although his Father’s suffered a severe accident it hasn’t put him or his son off continuing to work on the river.

This film was made by three members of SElect18 Films, all of whom were 18+, and was facilitated by Harriet and Daniel from Chocolate Films. It was devised over two 4-hour sessions and shot in half a day. SElect18 Films played a key role as camera and sound recording assistants and lead the interview on shoot. The shoot day was a very quick, high pressured day which was exciting and challenging for all involved.

HOW TO GET INVOLVED

Participants will be referred through drugs and alcohol services in Greenwich such as CRI and Lifeline Basis. If you are currently in treatment for drugs and alcohol issues please ask your key worker or contact us at workshops@chocolatefilms.com for more information about how you can come on our workshops.

If you are from a recovery service or borough commissioning service and would like to set up a project similar to this in your area please contact us at workshops@chocolatefilms.com and we can work with you to develop a bespoke workshop.

The SElect18 participants have created their own website to market and promote the skills they have and offer video services to local charities and social enterprises. To find out more please go to www.select18films.wordpress.com

Being involved in SElect18films/Chocolate Films has helped my recovery beyond any words I can summon, indeed, I struggled so much with social phobia that I doubt I'd been able to express myself before my involvement with Chocolate Films. The filmmaking process has helped me overcome these issues with social phobia and awkwardness and to realise that one of my strengths is actually in social settings with an ability to communicate. A lot of this happened in film planning sessions and later during filming and editing. The sort of change I experienced cannot happen in the normal therapeutic setting I'm used to, it needed the challenging, but safe reallife scenarios of being involved in filmmaking. Social phobias and anxiety is a very common issue for those recovering from substance use dependence and is often the cause of relapse. 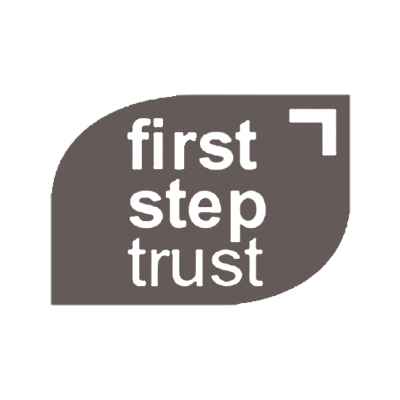 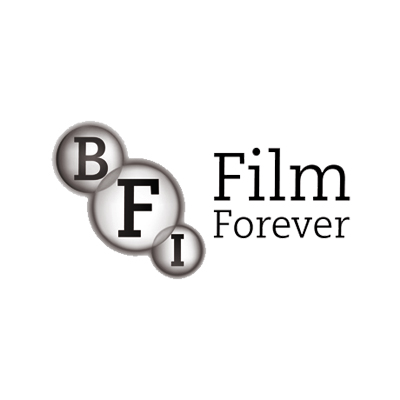 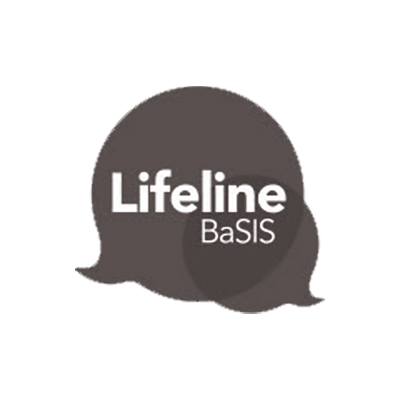 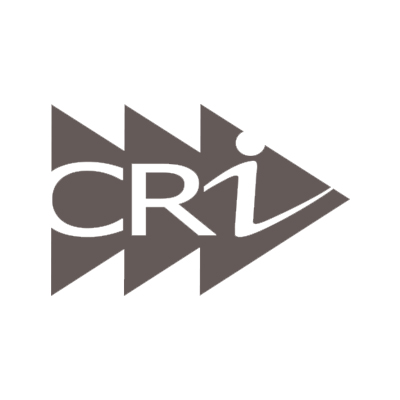 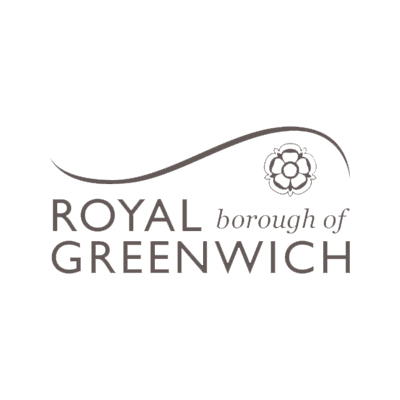